Ms. Grigoropoulos is admitted to practice law in New York State. She is also admitted to the United States District Courts for the Southern District and Eastern District of New York. Ms. Grigoropoulos handles legal matters in Federal Courts, State Courts, Appellate Courts and at the Workers’ Compensation Boards in all five (5) boroughs of New York City, as well as Nassau, Suffolk & Westchester counties.

Ms. Grigoropoulos wears many hats at the Firm; managing attorney, trial attorney, referring attorney liaison among others crucial roles. Ms. Grigoropoulos founded the firm in early 2015 and currently handles primarily large exposure personal injury lawsuits, high profile criminal defense matters and Workers’ Compensation coupled with Third-Party actions. She takes pride in the ability to accommodate a client in need of BOTH a Personal Injury attorney and a Workers’ Compensation attorney, all under one roof! 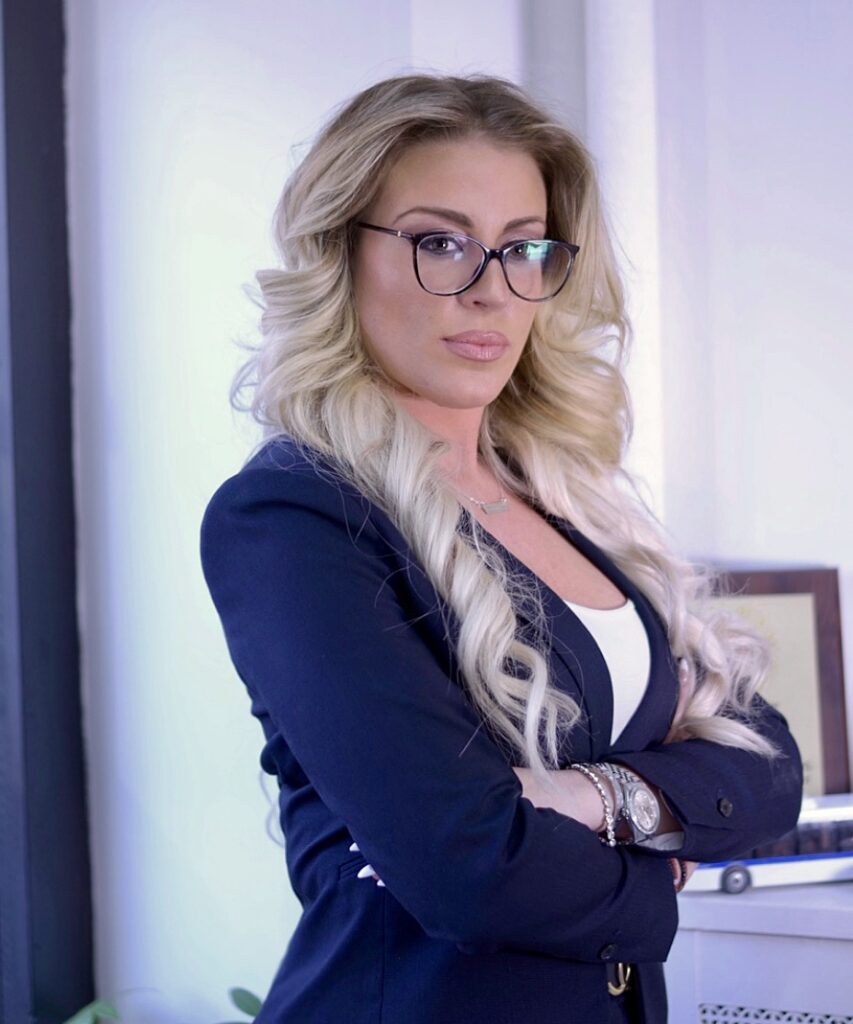 A litigation associate and trial attorney at William Schwitzer & Associates

During her law school career Ms. Grigoropoulos competed with hundreds for a position at The Washtenaw County Public Defender’s Office where she defended clients accused of felonies and misdemeanors, conducting preliminary exams (synonymous to a NY Grand Jury), negotiated and entered pleas and had daily client interaction including face to face visits with incarcerated defendants. Chrissy also defended juveniles in court for misdemeanors and felonies, corresponded with their guardians and caseworkers to present the best recommendation to the Referee magistrate regarding pleas or trials. She received a Certificate of Professional Achievement Award, issued by The Washtenaw County Public Defender, Lloyd E. Powell recognizing her completion of the program as a Student Trial Lawyer, as an active member of a trial lawyer team, operating under pressure within a high volume governmental law firm.

As a young attorney eager to learn criminal law from the position of a Prosecutor, Ms. Grigoropoulos accepted a position at the Nassau County District Attorney’s Office. She added to her criminal law exposure as an Assistant District Attorney intern conducting arraignments in district court, including bail applications, orders of protection signed, Adjournments in Contemplation of Dismissal (ACOD) and pleas under Assistant District Attorneys’ supervision.  She was quickly moved from Nassau County District Court in Hempstead to the Major Offense Bureau (MOB) of Nassau County Supreme Court in Mineola.  The function of the Major Offense Bureau is to investigate and prosecute homicides and other serious and violent felonies committed within Nassau County.

Finally, in her time at NCDA she was able to revisit her interest in helping juvenile offenders by actively participating with ADAs in the Adolescent Diversion Program (ADP) part. She participated in Judge/attorney conferences, where 16 and 17-year-old offenders are given separate judges in Criminal Court who have received special training and have access to an expanded array of dispositional options in attempts of preventing a juvenile or adult criminal record and future contacts with the system.

Her passion for Criminal defense continued, as a new attorney she honed her skills while working for “The Superman”, attorney Robert D. DiDio of Queens at The Law Office of Robert DiDio Esq. and Associates, as a law clerk and continued on board as an Of Counsel for the firm for years before transitioning into Personal Injury.

Ms. Grigoropoulos is a member of the Nassau County Bar Association, Queens County Bar Association, Hellenic Lawyers Association of New York, New York Bar Association, and the National Association of Professional Women. The Grigoropoulos Law Group and Ms. Grigoropoulos have been published in numerous newspapers and magazines. (See below) She has received a number of prestigious awards including recognition as Star Network’s Rising Stars Top 40 Under 40, American Institute of Personal Injury Attorneys: 10 Best Female Attorneys for Client Satisfaction for 2016, as well as 10 Best Personal Injury Firms for Client Satisfaction consecutively for 2 years (2016 and 2017) and a Certificate of Professional Achievement Award for Trials.

Well respected by both colleagues and clients, she attributes her success to fluency in Greek and Spanish, which helps her work with a diverse client base, as well as dedication and hard work, qualities equally evident in her academic achievements. Ms. Grigoropoulos finished high school at the age of only sixteen. She obtained a bachelor’s degree in sociology from Saint Joseph’s College at the age of nineteen and went on to earn a Juris Doctor degree from Western Michigan University: Thomas M. Cooley Law School in Lansing Michigan.

Ms. Grigoropoulos has experience in criminal defense and all areas of personal injury negligence work including, trials, mediations, arbitrations, motions and depositions. She is a regular presence in New York’s Supreme Courts and at the Workers’ Compensation Boards fighting for injured workers’ rights! For copies of attorney court decisions of interest, please contact Barbara who maintains a file of Ms. Grigoropoulos’ decisions.

Ms. Grigoropoulos employs the shark approach necessary for the outcome her clients deserve and she will fight until the best result is accomplished!

Practice Areas Include but are not limited to: